The Faraone company is grateful for contributing to preserve 2,500 years of history with an intervention of contemporary architecture at the Temple of Augustus in Pozzuoli – (Duomo – Rione Terra).

The conservation and maintenance intervention concerns the protection of the entrance to the temple with glass panels that:

In the central area we have a reconstruction of the columns with a total glass system (facade and columns shaped in glass).

In the lateral parts, instead, a structure with tie rods and struts to support the facade was installed.

In addition to the final effect, certainly of great integration, our staff together with the designers had to take into account the demands of the Ministry of Cultural Heritage related to both the aesthetic impact and the methods of installation and fixing.

“The temple was commissioned by the rich merchant Lucio Calpurnio in honor of the emperor Octavianus Augustus, as an inscription with dedication reports: L. Calpurnius L.f. templum Aug. cum ornamentis d.s.f. (Lucio Calpurnio, son of Lucius, dedicated at his expense this temple and its decoration to Augustus), and it was built by the architect Lucio Cocceio Aucto on the remains of a previous temple dating back to 194 BC, which had already been restored by Silla in 78 BC. It was a pseudoperipteral and hexastyle temple, with nine columns fluted on the long sides, of Corinthian order with two side ramps ascending to the base of the pronaos. The cell was square in shape and was built with blocks of white marble, connected together without the use of mortar. The rest of the building was also built in the same way. ”

MAKING OF THE TOTAL-GLASS SHAPED faCade : 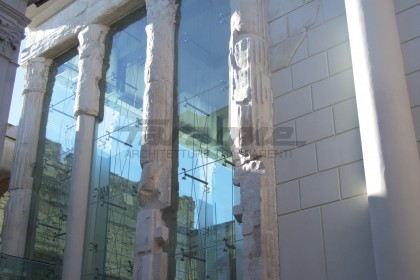 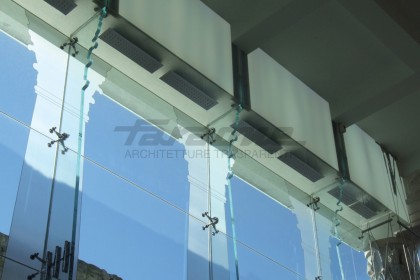 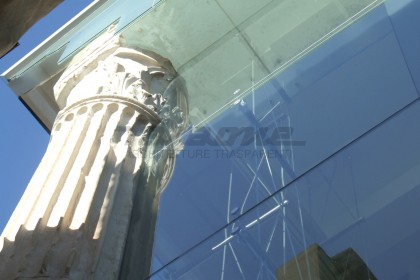 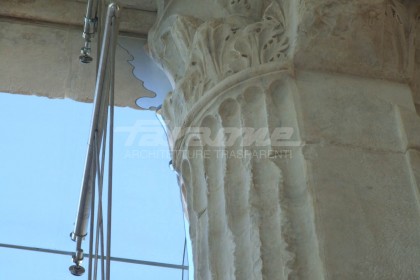 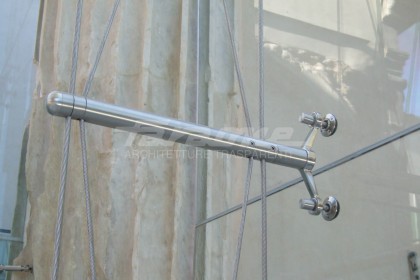 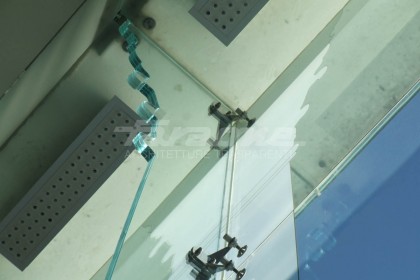 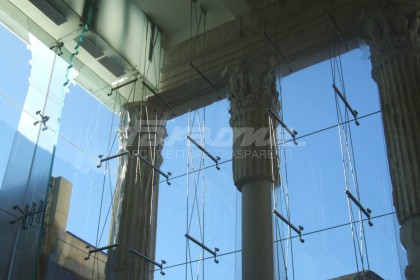 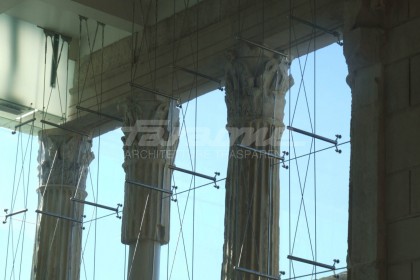 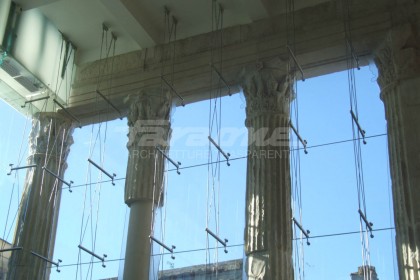 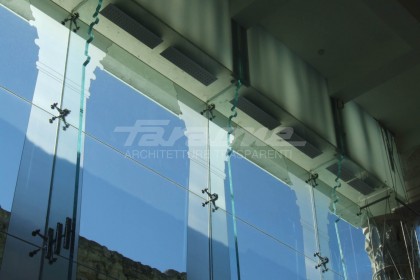 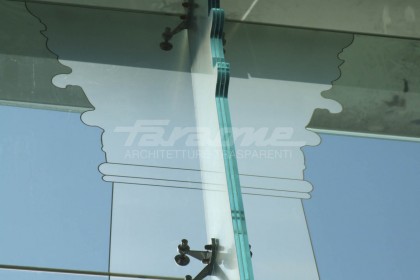 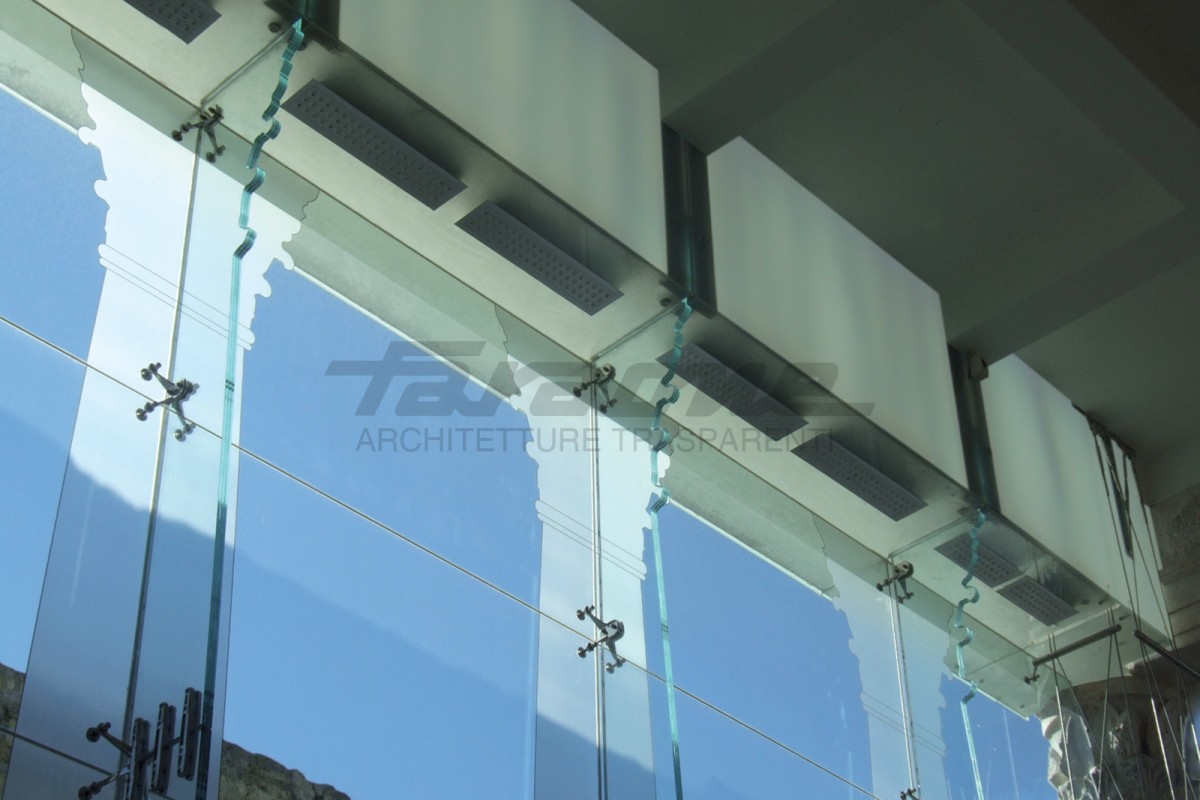 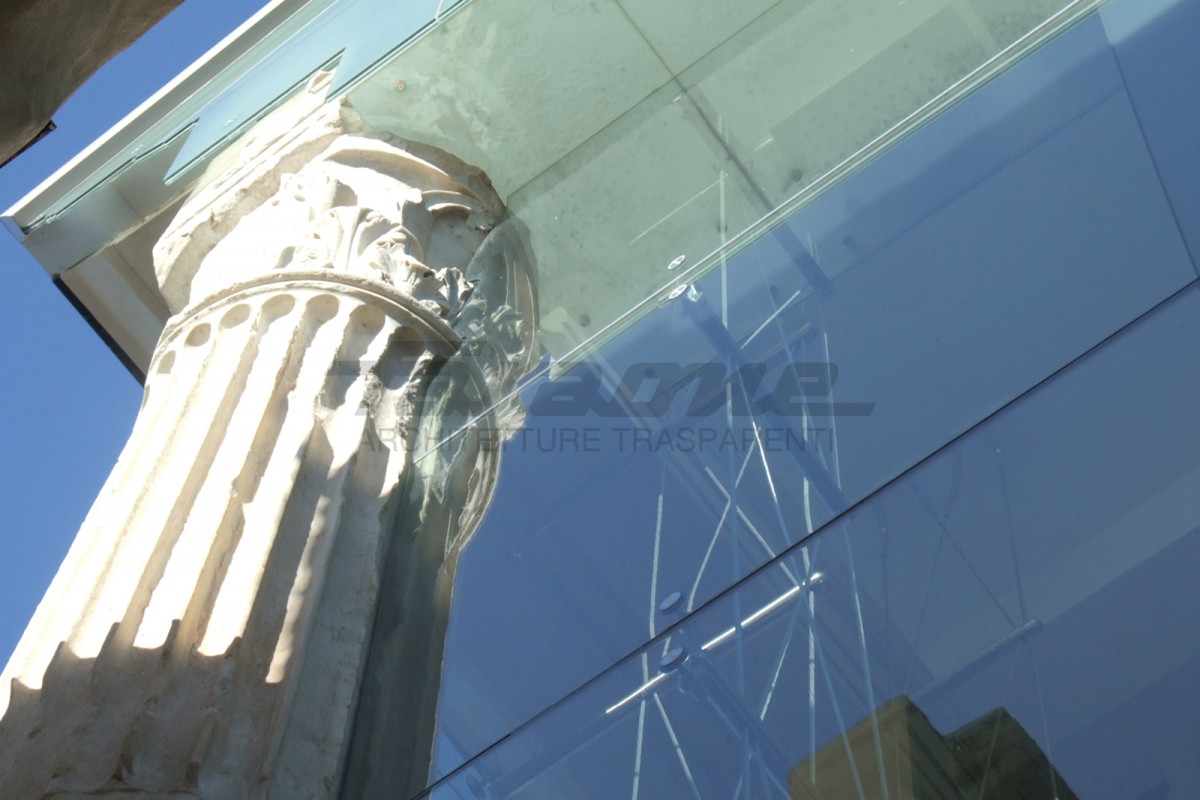 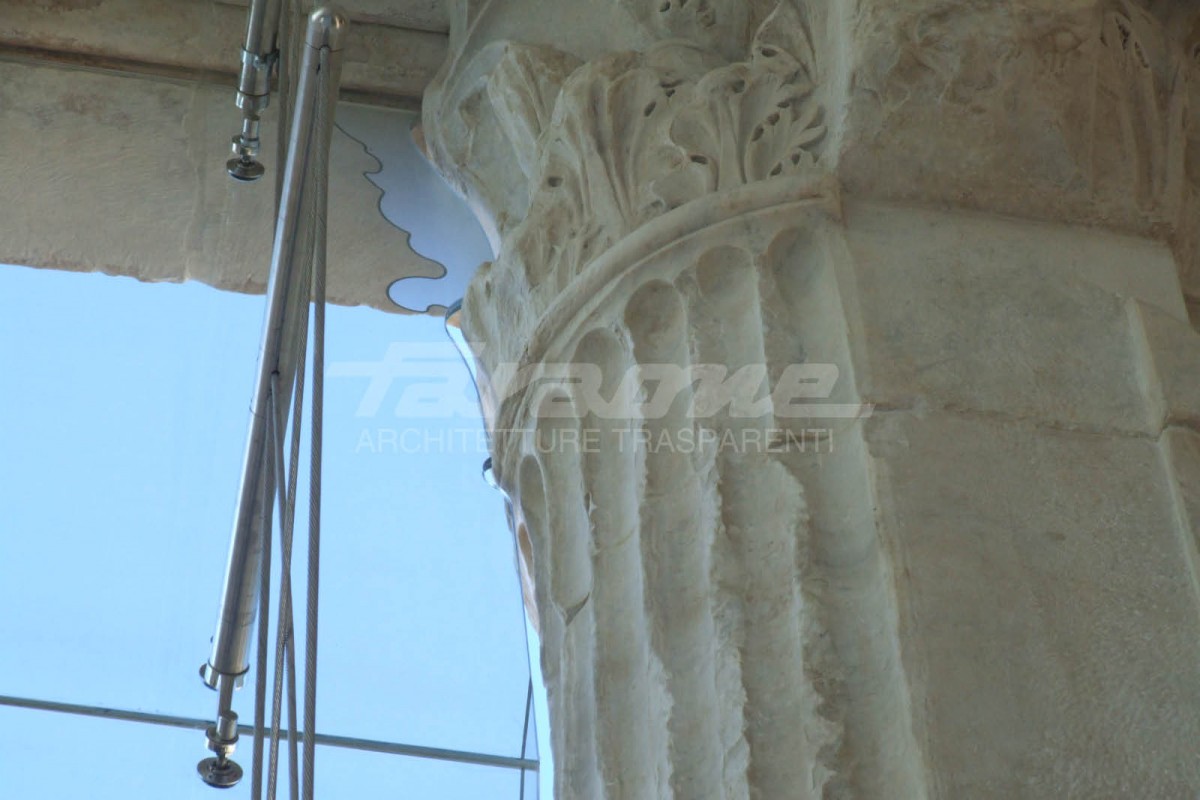 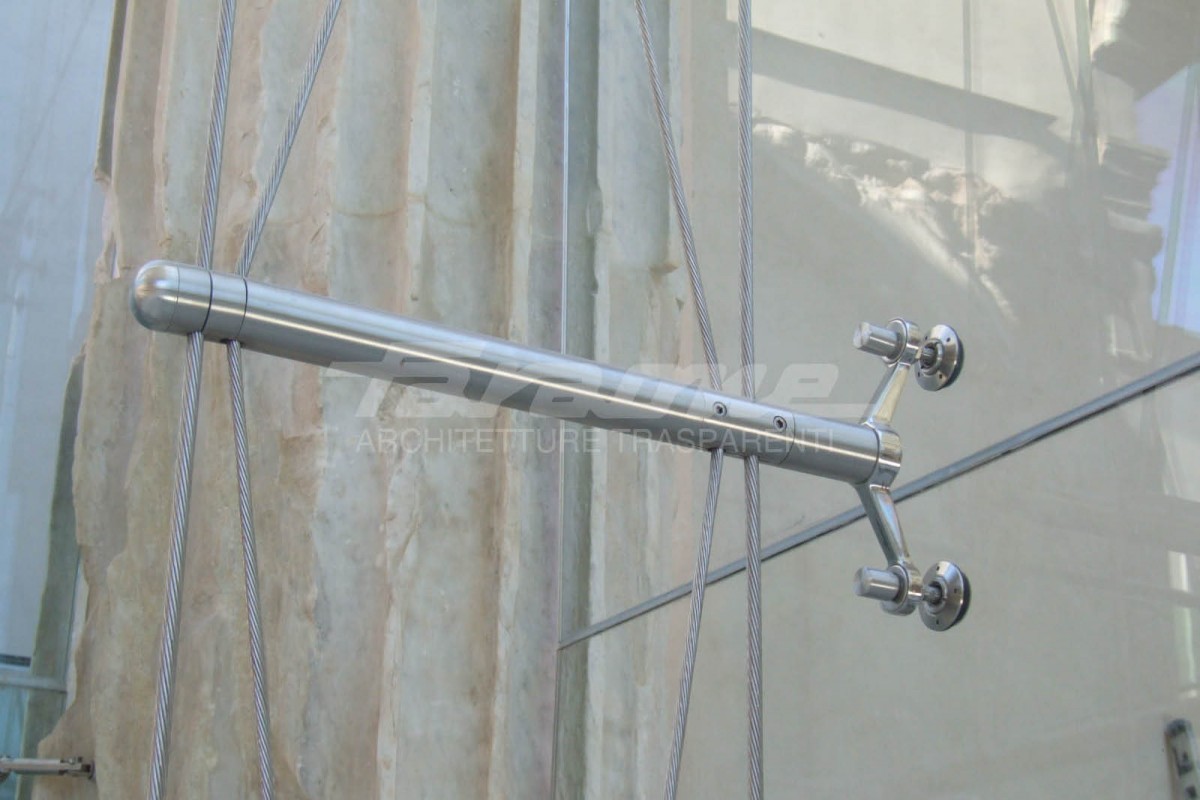 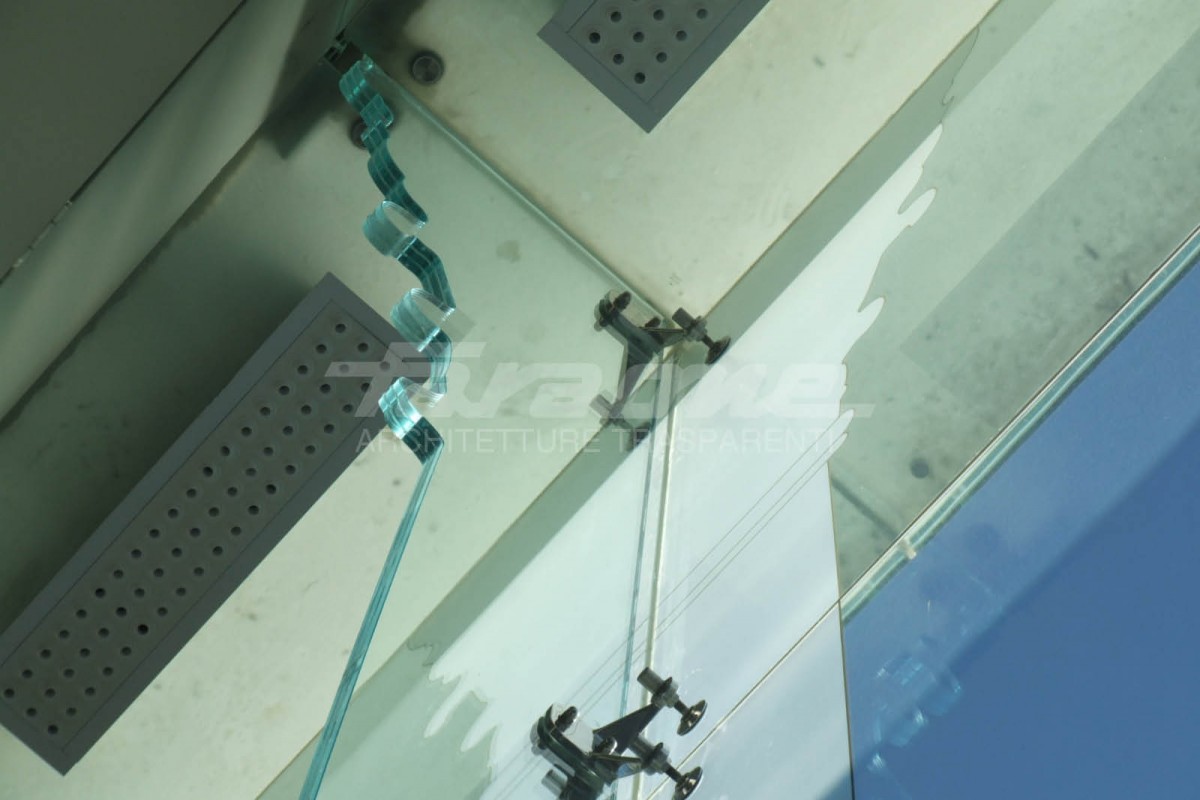 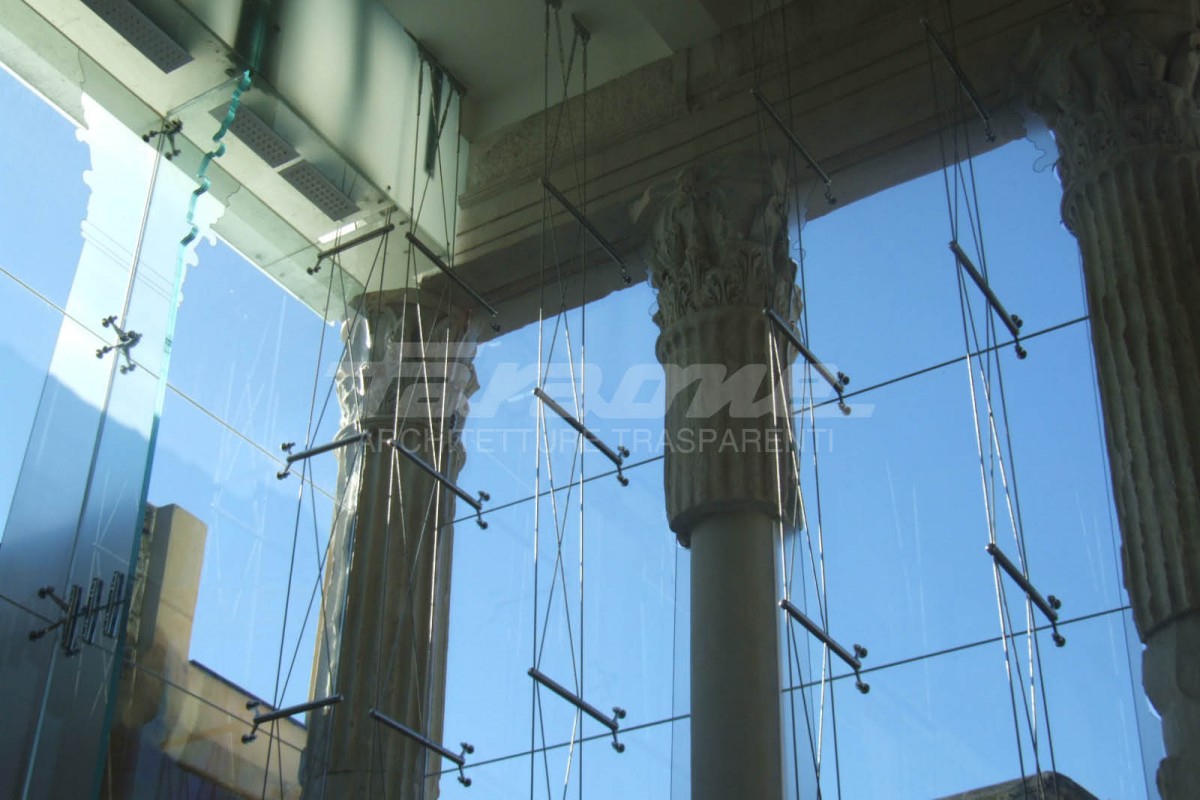 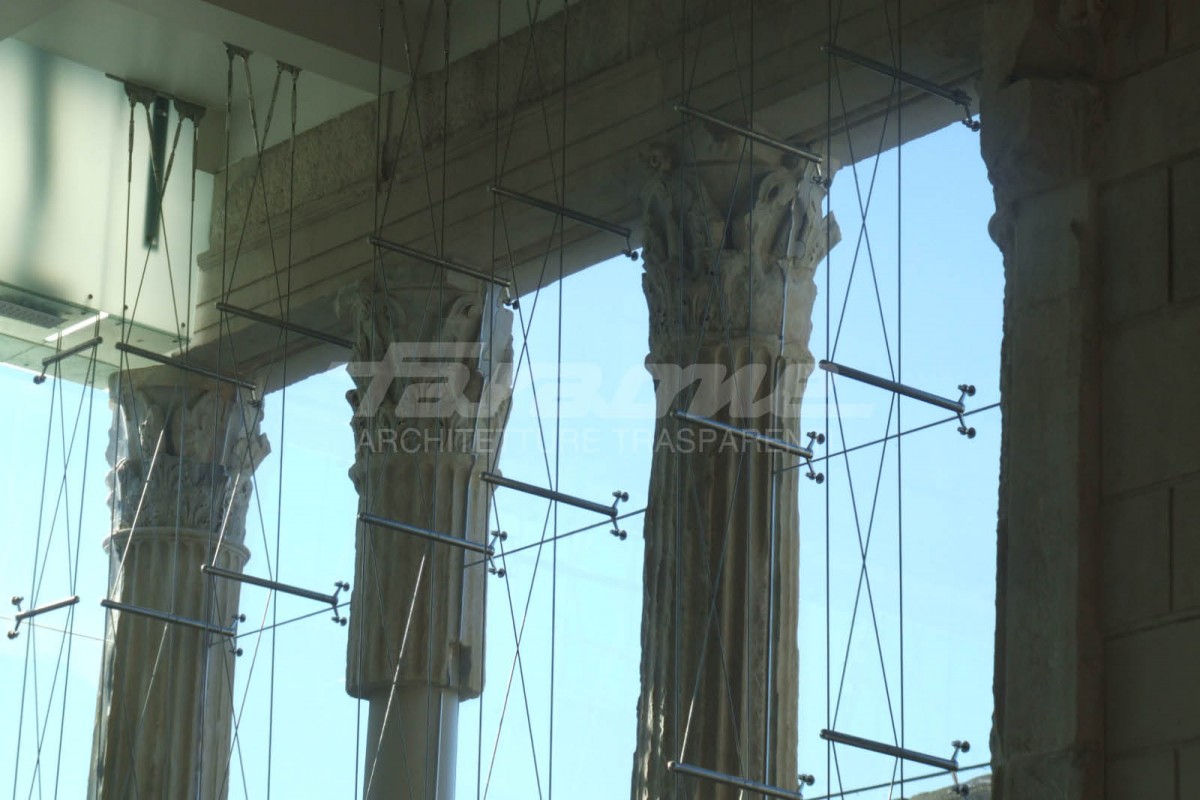 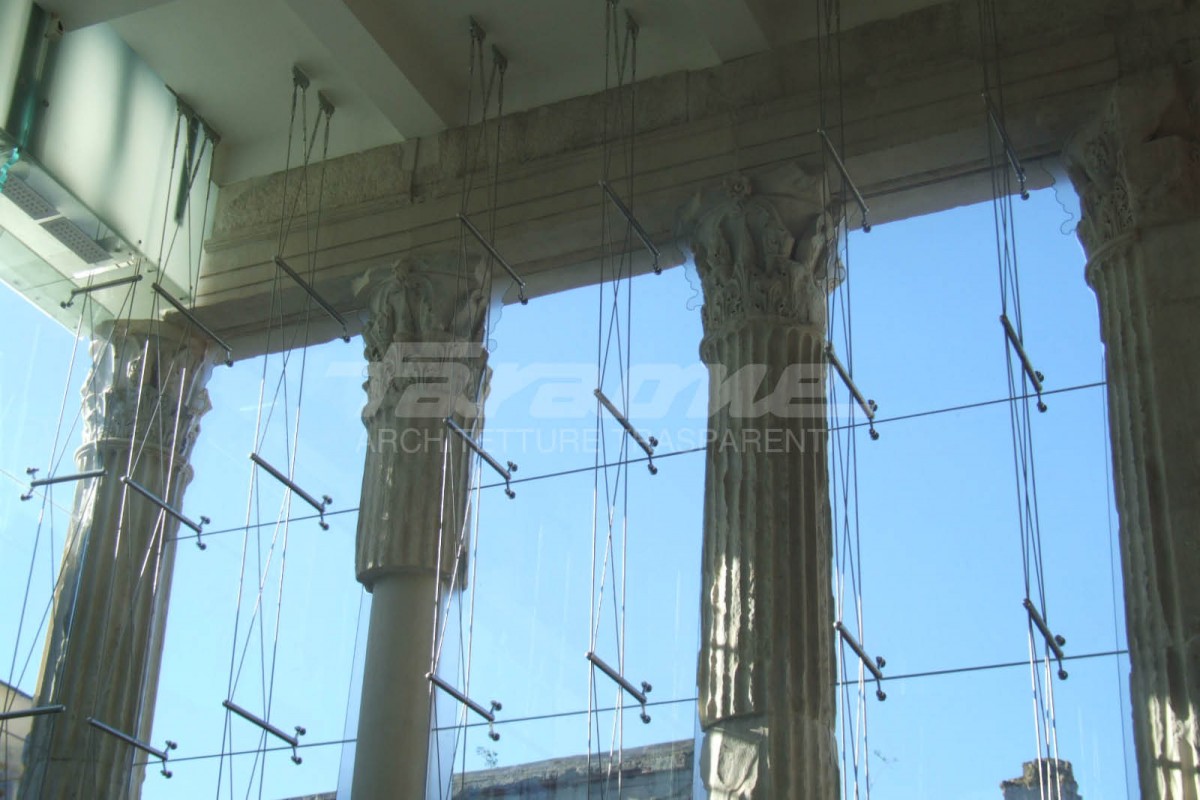 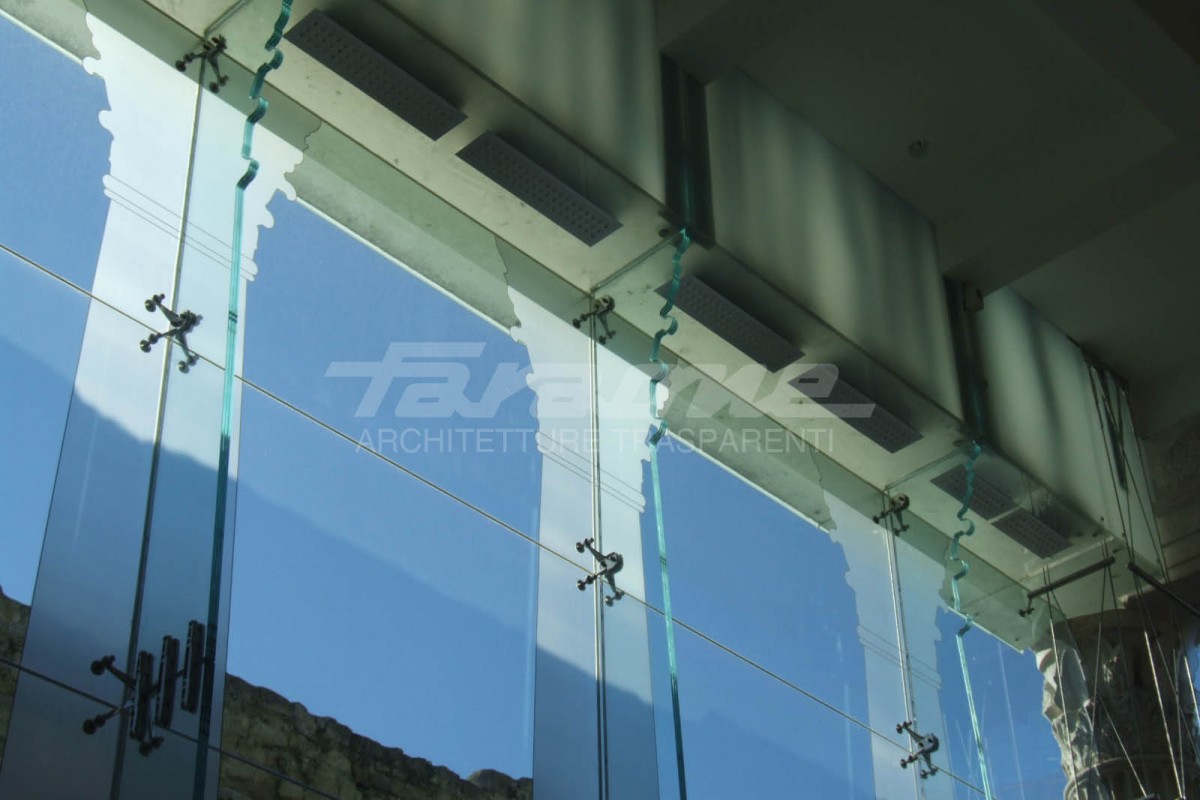 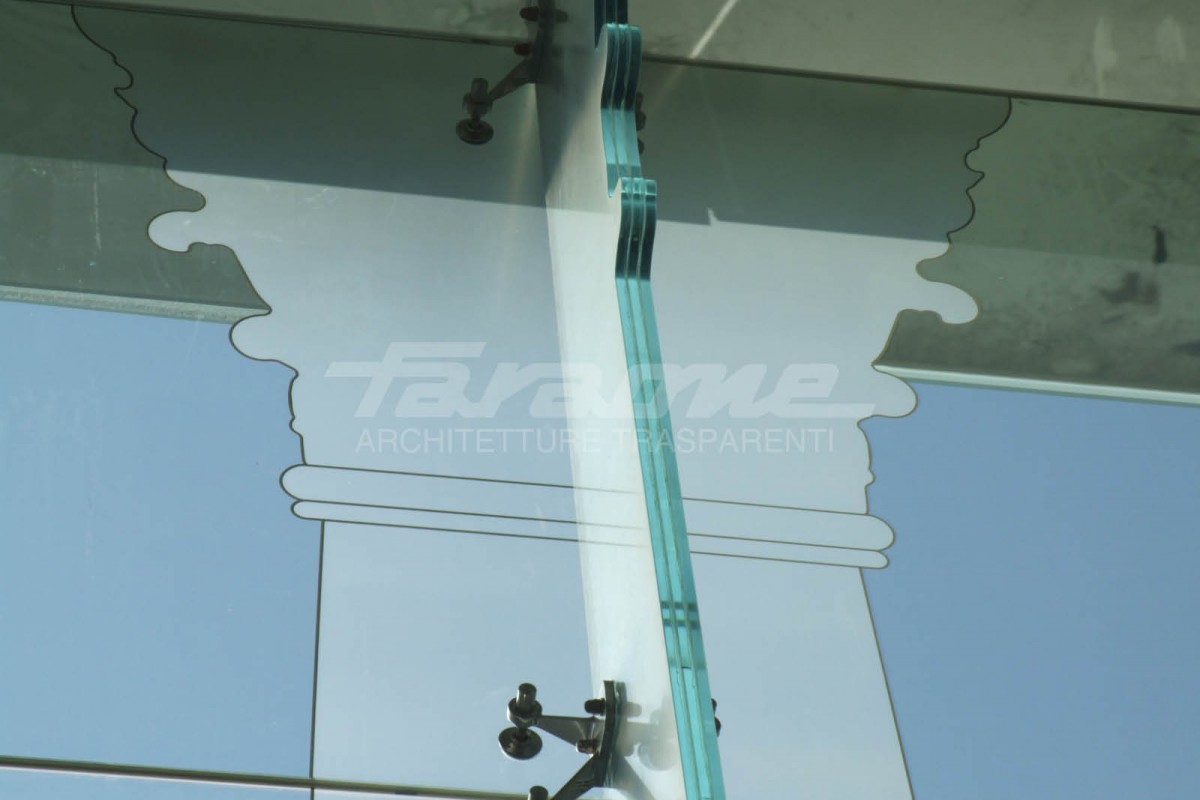